If you have spent any time on TikTok lately, odds are you have come across some videos where folks (with a healthy helping of good humor) discuss the specific behaviors that have led them to discover, usually later in life, that they might actually be neurodiverse.

Neurodiversity describes how many folks experience and interact with the world in different ways, none of them any better or worse than any other; basically, that there is no one "right" way to be.

When it's described that way, it makes sense why so many folks would find that they can relate to the definition and adopt "neurodivergence" (or being different than the average person in some way) as one of their labels. After all, aren't we all unique in our own ways? Historically this concept has been most related to certain diagnoses like Autism spectrum disorder (ASD), attention deficit/hyperactivity disorder (ADHD), and learning disorders; however, we (folks in the medical and mental health fields) have really noticed over the last decade that neurodiversity is more common and not limited to these diagnoses.

Our historical understanding of neurodivergence was limited due to gender disparities in Autism.

More boys are diagnosed with ASD (4-5x more, to be specific) at least partially because the behaviors that are known as typical for this diagnosis are more likely to be noticed in boys. Girls tend to be socialized to be more verbal, for example, which might at least help to explain some of the classic communication deficits we associate with ASD. Most experts today agree that our foundational understanding of ASD in women needs to change, and this might be one reasons that many women find themselves seeking a diagnosis later in life - often in adulthood when they recognize similar difficulties in their own children.

Sensory processing issues are also common among both folks who are diagnosed with ASD and also those who are more broadly neurodiverse.

While sensory processing disorder (SPD) is not currently a distinct diagnosis, it is a symptom that is often present with ASD. For many people who discover their neurodiversity later in life, many of their sensory issues had been written-off when they were younger (e.g., they were described as "touchy" or "overly sensitive," "dramatic," or something similar). SPD is a condition where someone has issues in taking in and responding to sensory information. For many folks this looks like having issues with certain textures, loud environments, repetitive sounds, and with coordination. Sometimes there is significantly stronger reaction to sensory experiences while other times the issues might be a significantly weaker reactions to sensory stimuli.

Finding yourself questioning whether your struggles might be related to neurodivergence can be very difficult and bring up a wide range of emotions and questions.

Many people who discover they may be neurodivergent later in adulthood describe a sense of relief at knowing there is a name for what has been going on for them.

Having that label can help us to understand some of the differences we have noticed about ourselves and our peers - even if we thoughts these differences are no big deal.

It's also very normal for some folks to experience some unpleasant feelings at the thought of having this label.

For some it can confirm that something about their brain is "broken." If you find yourself in this place, I would encourage you to do something - head over to TikTok and search the tag #neurodivergence. You're going to find a whole community of people who are on this same journey, and who can assure you are not alone, and you are not broken. You'll find, too, that humor they use to discuss their neurodiversity can be really healing and encouraging.

What would it look like for you to notice that label of "neurodivergent" in a very defused way - with some safe distance and with a sense of curiosity? Would you be able to discover new ways to love and appreciate your unique ways of functioning? Even if the "neurodivergent" label isn't the one for you, I wonder what it would be like to be more curious about yourself and the way your brain functions? Maybe you could learn to appreciate your own quirks in a healthy and freeing way? How might your home life be different? And work? I'd love to explore this with you, so reach out if you are interested. 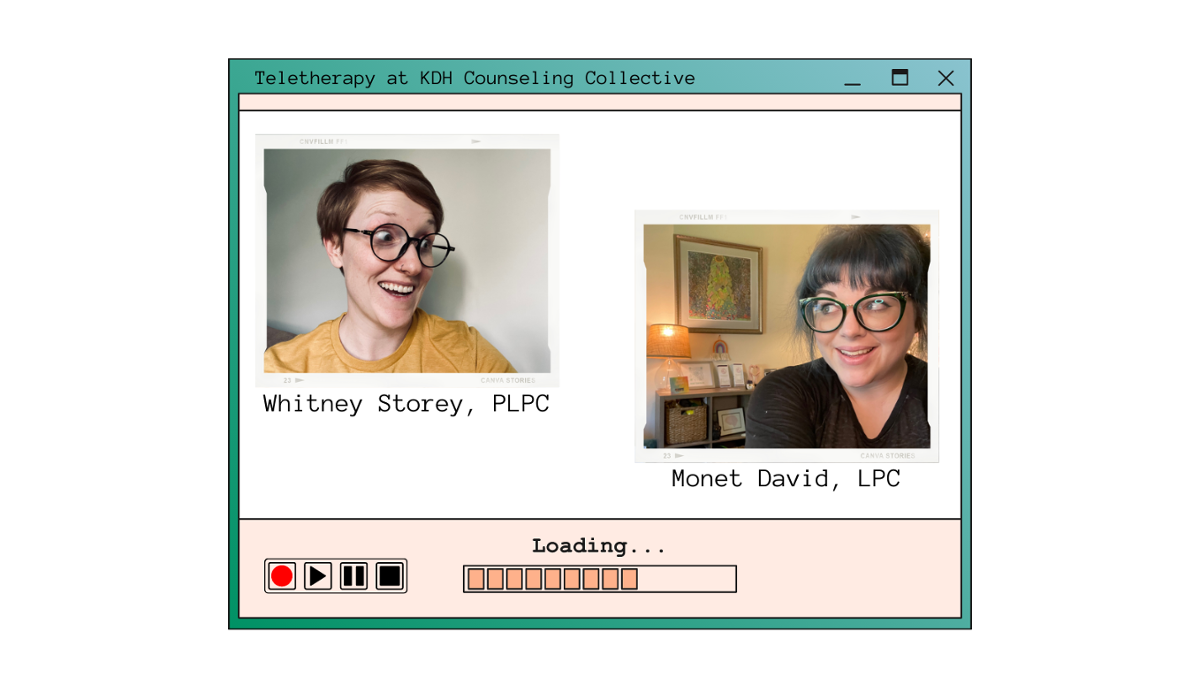 What is Teletherapy and is it Right for Me?

The COVID-19 pandemic really turned the mental health world on its head. Not only have rates of mental health issues increased, but therapy completely revamped itself to...

The Curse of the Good Mother

Humans are natural story tellers. We have long histories of using stories as a way to explain the unexplainable, to teach and guide our children, and to give our lives a...