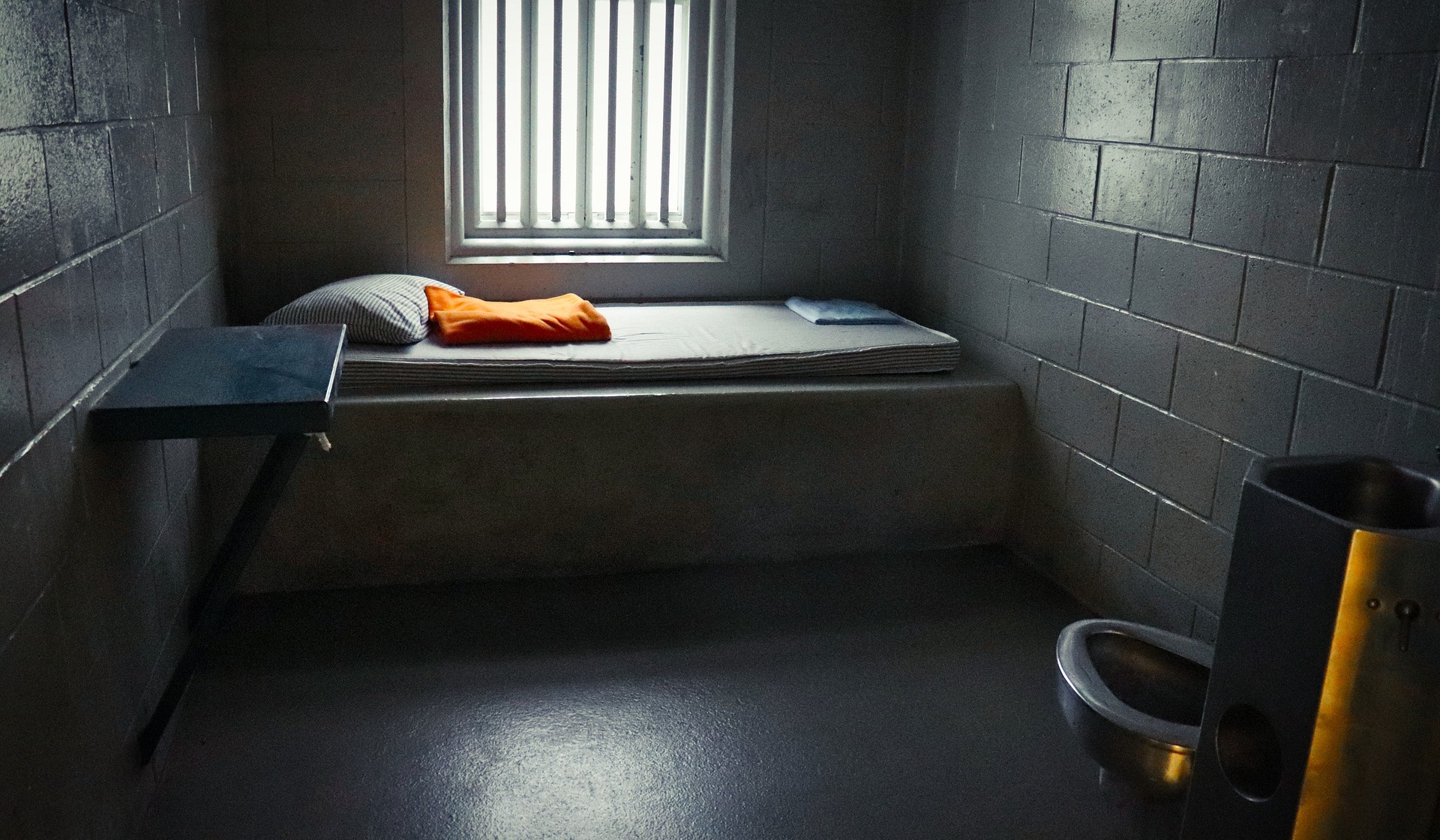 Once a week I prepare to go to a place that most people probably never imagine themselves choosing to go - my local jail. I have been going to the jail once a week for over a decade, and it is so much a part of my normal routine that I often forget how unusual it is - that is, until I see looks of surprise, confusion, and concern from people after hearing me say, "I'm on my way to the jail," or ,"I just got out of the jail."

Like many people with backgrounds similar to my own, my main concept of jail and prison is what I have seen on TV and movies. These facilities are cold, hard, and dark. The food is terrible. The people contained within these facilities are bad, dangerous people. If given the choice to spend time in a correctional facility, I would have easily turned it down.

I never could have expected that the jail would be the place in which I would really find myself.

Just so we're all on the same page, when I say that I found myself in jail, I'm not talking (purely) physically. What I mean is that the jail is the place where I found purpose, passion, and a sense of self.

Working with the parents in the jail taught me what it was to be a parent, which has become such a large part of my life now (both in terms of my personal life and my professional focus). Getting to know the men and women in the jail has given me a realistic sense of empathy for humans in general, myself included. But not all of the things I have learned in the jail have been beautiful or comfortable, either. Working in the jail has given me a deep sense of anger toward systems that don't function for the good of those within the system, and this has allowed my natural rebellious nature to focus in a healthy way.

What does it mean to parent?

Parent education is what brought me to the jail in the first place, and when I began this work, I was not yet a parent myself. It felt silly and disingenuous to ask parents with years of actual experience raising children to trust me, a young non-parent, to tell them what being an effective parent looks like. The only way I could find to relate and share in an authentic way was to lean on my own experiences as a child along with my education on parenting skills. And it turns out, ten years later and now a parent myself, that this is really similar to the way that I parent overall.

Parenting is about connecting with our child-selves and building a world for our kids that highlights the good and replaces the not-so-good from our own childhood.

It's about building upon what we learned about ourselves and the world as children to make a better world and healthier space for our kids today. It's about learning from each other - other parents and our kids, too - in the moment and allowing ourselves to grow and change as much as we see our children grow and change.

As cheesy as it might sound, I have learned and continue to learn so much about myself and about parenting from the men and women in the jail, and it's this learning that I think helps me to get closer and closer to the kind of mom I want to be for my kids.

What if there's no such thing as good or bad people?

This concept has been a difficult one for my brain to handle - and I think this is also one that other folks have a hard time with from time to time. Spending time with the parents in the jail has given me such a "gray area" view of humans in general. Prior to meeting incarcerated people, I (like most people) really did believe that people were either good or bad. This belief is reinforced by society - good guys and bad guys, cops and robbers, good and evil - all of these concepts are things we are taught and latch on to early in childhood. Developmentally, this makes sense! Kids' brains are focused on right and wrong and are driven to be follower rules. They live in black and white. But our brains aren't meant to stay there.

It can be hard to break these kinds of thinking patterns, especially when they are very subtle and have a way of benefiting us personally - for example, it can feel really good to believe that I am a very good person. If we really dive in and look at these beliefs, though, the more realistic believe is probably "I'm a good person - except when I'm not."

None of us are perfect. And as such, none of the people I have met in the jail are only bad people. They are also not only good people. I am not only a good person. I'm not only a bad person, either.

This new flexibility in the way I view myself and others has also had ripple effects in other areas of my life. It changes how I interact with literally every human I encounter - my children, my partner, the cashier at Target, other drivers, my children's teachers - everyone deserves the same grace to be both good and bad.

I find myself thinking back to the moment when I had the opportunity to go to the jail for the first time, and I wonder what would have happened if I said "no" to that experience.

It would have been easy to stay comfortable. But I wonder who I would be today - as a mom, as a counselor, and as a human - had I allowed myself to not take the risk?

Whitney loves working within the criminal justice system and one of her special interests is in exploring the research on issues affecting the criminal justice system and justice-involved people and then applying that research to solve actual human problems. If you have interest in this area and would like to learn more about what Whitney is doing and/or partner with her in some way to affect change in the system, please reach out. 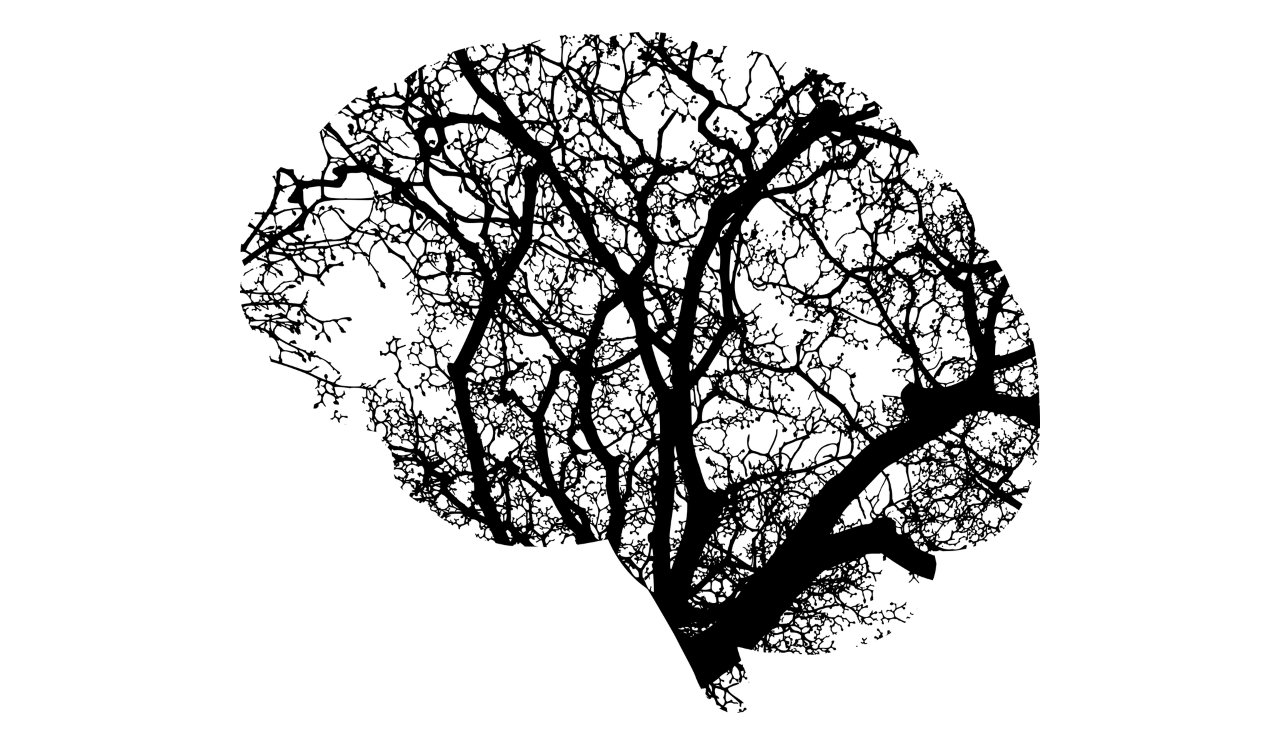 Out of My Mind

When I talk to clients about their struggles, I notice a very familiar pattern that I find myself in: what causes the struggle becomes the focus of our life and we... 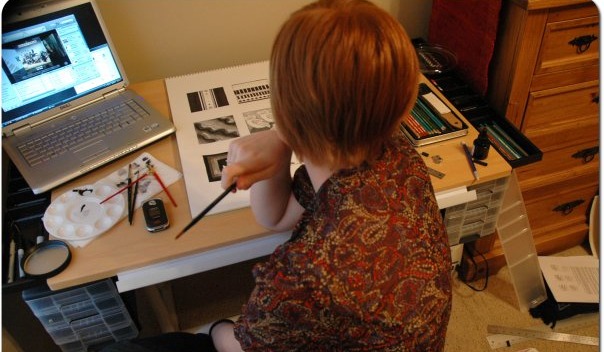 What Have the Arts Taught Me About Living?

I have a long history of being involved in the arts and finding benefits from making art by myself and with others. While I had folks who encouraged me in my practice, I...