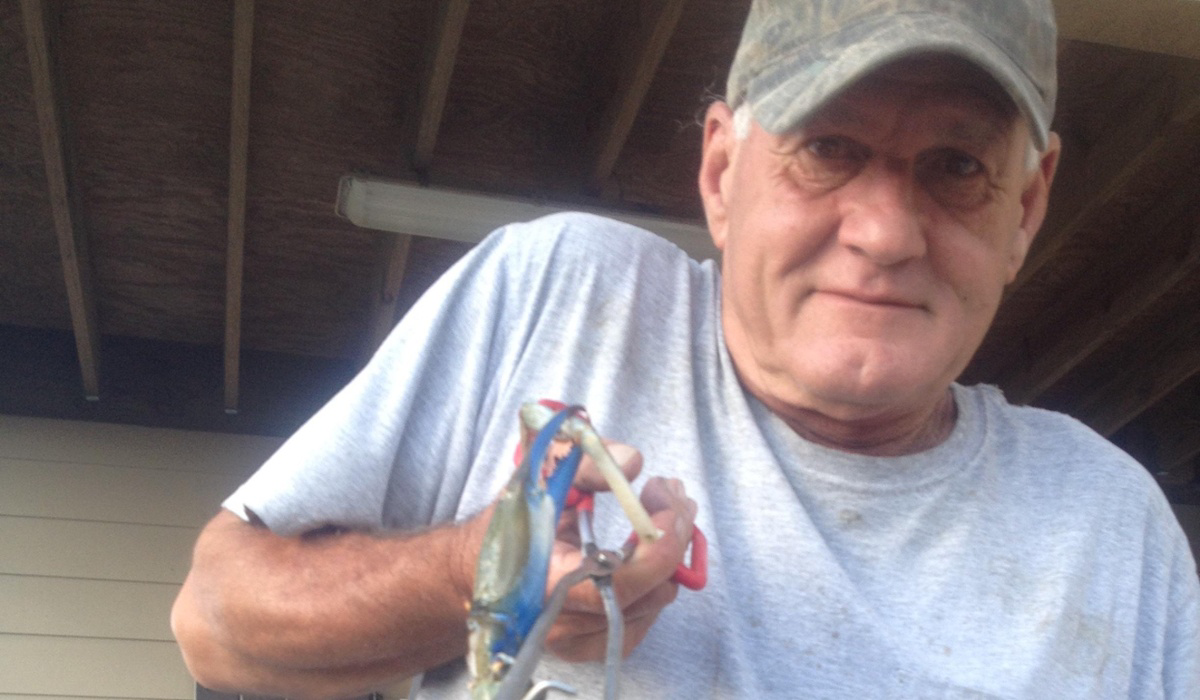 Part two of my gratitude blog: let's take this day to thank and notice the fathers and father figures in our lives. It does not have to be your own, but notice someone who inspires you and heals your soul.My father died about a year and half ago, suddenly and shockingly.  Time helps to heal those wounds, but this day reminds me of my grief.  I miss him so much, more than I ever would have imagined.  So today I want to honor him.

He was an iconic man.  He was called the crab whisperer, the marsh whisperer, or my favorite the camp b****.   He could name every duck and bird in the sky, plants, the best places to fish, the best bait, areas of erosion, and lastly how man had shaped the land.  Ironically, he observed what science could prove.  Only someone who lived at the camp could know all of this.

He was a beast physically and this wasn't due to spending hours working out, it was due to genetics and a hard-working attitude.  He valued hard work, and was an example of this to everyone.  This is how he lead others through action and I think he enjoyed outworking younger people.  My father was also a teacher, protector, and entertainer.

One of my favorite memories was when I was eight years old I remember being at a relative's camp on Boston (pronounced Bow Ston) Canal.  We were swimming in the brown Louisiana water, which grosses me out now, but as a child it was fun.  The summer heat was unbearable unless you got in the water.  Several of us would get on a float, so our feet did not have to touch the muddy bottom, and one person would hold a rope to keep us from floating down the canal. Things were simple then. This little piece of heaven remains frozen in my mind.

On those camp weekends we would load up a boat with food, as many people as possible, and head to the camp.  This camp was equipped with several mattresses that we would just pull out over the floors to sleep, so the number of visitors was never a problem.

On this particular trip, I remember floating and baking in the sun when we encountered a snake across the canal. Someone saw this snake coming across the canal on a mission.  The stern voices of the adults forced us out of the water fast, they were terrified that it was poisonous.  They were also aware that a snake coming towards a dock full of humans is odd behavior.

My father was often our protector in these environments.  He would take the lead when every one was terrified.  But I think he liked that role.  This was a place where he felt secure and confident.  He told everyone to back off, so we huddled together, terrified and curious.  Its's funny how those two emotions often collide.

By this time the snake had arrived under the pier where we all had been hanging out, my father thought this odd behavior had to be due to baby snakes under the pier.  However, this place was not safe for snakes and humans.

So my father took the matter into his own hands and caught the snake, while we all screamed.  I am sure he got a kick out of that.  Then in classic Bozie form, he suddenly chopped its head off with a shovel, which in itself was terrifying to watch.  Would the snake bite him? ... because at this point we knew it was a water moccasin, which is poisonous.

My father embraced the challenge of man vs. nature, but this was not because he liked killing things.  He was a curious man who liked to share his curiosity with others.

He plunged the shovel down on the neck of the snake, and the head stuck to the shovel while the body moved liked it was still alive.  I could hear the voices of women squealing.  Snakes still have movement in their bodies right after death.

He picked up the head of the snake with his fingers on each a side of its cheeks to open its mouth. The fangs of the snake were exposed for all to see.  He proceeded to place the fangs on the deck to release the venom onto the deck.

His role had changed to teacher in this moment.  He allowed all of the children and adults to see the venom.  My dad educated all of us on what would happen if a water moccasin bit us.  He explained how just a little bit of venom could really harm us whether the snake was dead or alive.

This was my father: a mix of protector, educator, killer.  It was so primal.  He was always a mix of traits that appeared almost iconic and untouchable, while also vulnerable.

When showing the kids the venom, we were moving in close like a team huddled to hear the next play.  Silence and anticipation filled the air.  When everyone was really close to each other, he lunged the head at some of us, laughing. He used curiosity, fear, and humor to get his point across.

This was Bozie.  A legend, a man, a father who did his best sharing lessons in a grotesque, dramatic, and humorous way.  It was his way.  Protector, teacher, comedian.  I bet everyone who was there remembers this story.  This was my father's way.

Here I am writing my message to my father....Happy Father's Day Dad, I miss you!

Share your gratitude with them because you never know when it will be too late.  Gratitude is a glue for humanity.  Holding us all together close like my family huddled in that snake watching circle.   It's the words of your heart that brings us together, so share yours today.

It’s been a long time since I had an adventure. I have been consumed by my day-to-day responsibilities of my relationship, work, family.  I try to fit in all the...

How do I Grow Gratitude?

Can a daily practice of gratitude grow "good" feelings in ourselves and in others?  Gratitude is an old practice that nurtures and deepens relationships with others and...