Following up on my last blog, I’d like to discuss the book that my physician suggested for me to read, Mark Sisson's Primal Endurance. As I personally loathe fad trends in eating and exercise, I immediately felt annoyed by the recommendation assuming the content would cover those things exactly. Nevertheless, I had paid to see this doctor, so I desisted and bought the book. It turned out to be mind-blowing and I discovered that this dog can learn new tricks afterall; but first I would have to beat my head against a wall for a while until I would consent. LOL, and go figure, it only took a year to tackle. What enlightened me mostly about Sisson’s book was his emphasis on, “balance, not chronic cardio”. See, I don’t always follow common sense, especially when it comes to exercise. I love a good pounding on my bike. Let me rephrase, I used to love a good pounding on my bike. Riding with a group while everyone is trying to keep up can be quite alluring. Sprint after sprint, I would continuously surprise myself with what I was capable of. I was not nearly half as fast as the guys I rode with, but I wasn’t the slowest either. Alas, this would be my achievement, and like all things in my life that I attempt, I went 150 percent into training and “getting stronger,” while simultaneously contributing to slowly eroding my health. There is so much satisfaction from meeting your training goals week after week and then seeing results in how one measures up in the group. I was so intrigued by the social and goal-directed experience that is so competitive, captivating and pure fun. That is until things came to an abrupt halt when my body began shouting, “HELL NO!,” and I would have to back off of the adrenal pumping way that I had lived my entire life. The pattern was the same with my work, adding more and more clients, fearing that somehow I would never have enough.

It took a year to beat myself down and all the while I subconsciously knew that I was overloading, but I invested all hope that medicine could fix me and I would be able to return to my former lifestyle, one that consisted of go, go, go. My days began with working out, then going to the office for a full day of clients, (with minimal breaks), and finally eating and sleeping. I would fit in family and friends by the hardest because I was obsessed with training. My life was constantly in motion. I was living on a time-clock, bouncing back and forth from one task to another to be able to fit my “training” in. Many would assume that all this exercise was healthy. In fact, it’s exactly what I thought before my immune system basically stopped functioning from exhausting my adrenals, ultimately affecting everything else. Having this occur is the only way I would have been willing to change. I was forced. It took lots of trial and error with the same results for me to start living life with a little more common sense. SMH.

Once I finally relented, I began to be mindful of things like sleeping adequately and not working out too hard when I knew I would have a long day at the office. Mark Sisson calls this intuitive training and in Primal Endurance he discusses this practice along with movement, nutrition, and diversity in what we do with our bodies. I had long believed in the concepts and ideas of his work even prior to my tragic downfall, but my goals had far outweighed the values of balance, health, and general well-being before training. I now utilize daily motivation to determine a workout by checking in consciously with my body to see what I am feeling capable of. It took listening to an entire book to penetrate the surface, but finally there was a way out that would still include exercise, only now with check-ins and modifications in how I do so.

Interestingly enough, I had already begun practicing mindfulness, a concept that focuses on being in the moment, very similar to what the book discusses. My perspective of the book through the lens of a therapist is that Sisson’s approach is about being present with yourself, your family, and your life in order to be present within your workout while balancing diet, exercise, and movement.
We all have nagging truths with a wall of resistance around them. I leave you today with a few steps to ponder:

1. Sit with your inner nagging truths and with the resistance.
2. Just notice what they are saying to you. Do not judge them, just hear them, feel them, and allow yourself to sense them.
3. Then when you are ready, choose a routine that is best for you! 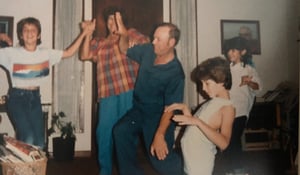 Why Would My Grandfather Take His Own Life? 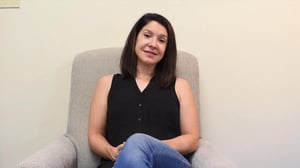 What Does it Mean to Move Through?